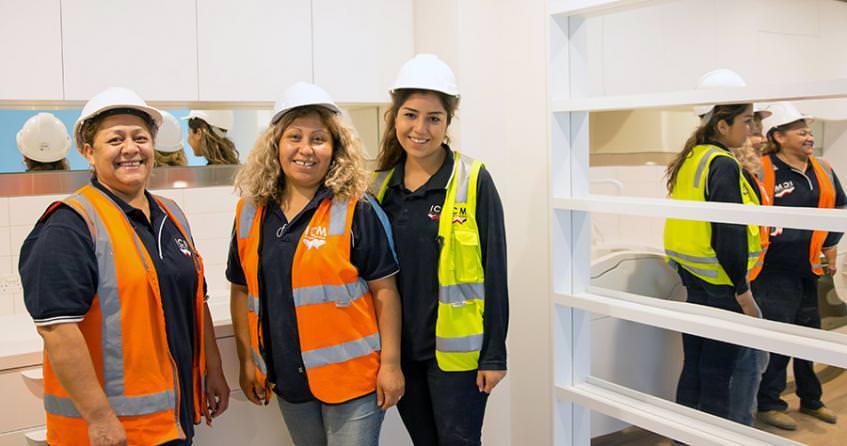 The ongoing negotiations between the CFMEU and builders and contractors has delivered a suite of industry improvements that has seen a long-overdue modernisation of the sector. In particular, the CFMEU believes the Agreement has seen some real wins for women in construction. Along with substantial safety gains the Agreement will see the commercial construction sector deliver:

CFMEU State Secretary John Setka not only welcomed the outcomes of the Agreement, but the constructive nature of the negotiations.

“We’ve had years of overtly political attacks on the CFMEU which has served the Liberal Party narrative that this is a sector at war. The reality is that the vast majority of the construction sector is about getting on with the job in a safe and productive way. While the MBA and their Liberal mates are out there throwing stones, we’ve been in negotiations that are about providing certainty and increased productivity.” Mr Setka said.

Mr Setka believes that the advancements around the rights of women in construction really mark this Agreement out as ground-breaking.

“The honest answer is that we’ve all been slack in making the construction sector an attractive space for women. The CFMEU has been pushing hard in this space for some years now and we’re extremely proud that we’ve finally won some of the basics, like mandatory female amenities and family violence leave. Construction work is hard and dangerous, but the jobs are paid at rates that reflect this and we have a responsibility to ensure women have the same opportunities that generations of young blokes have had.” Mr Setka said.

The CFMEU will be taking the offer to a mass meeting of the membership at 10AM, Wednesday 25 May at Festival Hall.