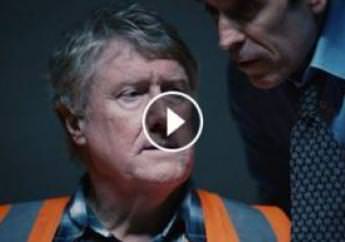 The CFMEU today welcomed the defeat of the ABCC bill in the Senate as a win for workers’ and basic human rights and freedoms.

“The Turnbull Government has lied to the Australian people in their attempts to pass this bill. These laws take away important rights such as the right to silence and the right to a lawyer of your choice,” CFMEU National Construction Secretary Dave Noonan commented.

“On top of that, all the evidence they have presented regarding productivity and days lost to industrial action has been demolished by independent commentators and the Government’s own Productivity Commission.

“Meanwhile, they have turned a blind eye to the real problems in our industry including the high rate of insolvencies, underpayment and non-payment of wages, sham contracting and breaches of safety laws which lead to workers’ deaths and injuries.

“We congratulate those cross bench Senators who have taken a principled stance in rejecting this bill which discriminates against one million Australians whose sweat and skill built this nation. They, like the majority of the Australian public, know and understand that workers and their unions are the target of a Government that increasingly appears to be the dancing bear of big business.

“There are also serious problems with the misconduct of banks and the finance sector, misconduct that has affected hundreds of thousands of ordinary people who have lost life savings, businesses and homes through fraudulent schemes promoted by the banks.

“The union is also bitterly disappointed by Minister Cash’s refusal to meet with grieving parents of young men who have died on construction sites.

“Attempting to give property developers and big corporations even more power shows that it’s only an exciting time to be an Australian if you are a part of Turnbull’s club,” Mr Noonan concluded.

The CFMEU’s TV ads and more information about the ABCC can be found here: http://www.standupspeakoutcomehome.org.au/abcc-explained