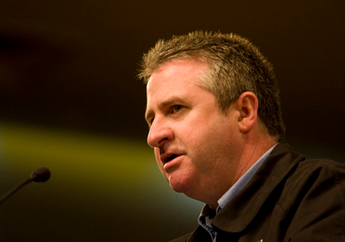 Senator Derryn Hinch’s backflip in relation to the ABCC is a cowardly act that reveals he is in the pocket of property developers and construction companies, according to the CFMEU.

“This cowardly deal cut in the dead of night with a government in crisis, brings back Workchoices style laws that mean hundreds of thousands of workers in the industry will be worse off.

“There will be no limitations on overtime, no restrictions on temporary work visas and the union will be banned from advocating for jobs for apprentices.

“Safety will be severely compromised.”

Mr Noonan said Senator Hinch did not bother to consult with workers or their unions about his intentions.

“Mr Hinch is clearly not up to the job of being a Senator when he can’t be bothered to talk to the very people who will be affected by his erratic behaviour.

“These are laws that will have serious consequences for workers in the industry. By ignoring the interests of working people he has shown that he has no regard for their health and safety or for their job security and is in the pocket of property developers and construction companies.

“He owes an explanation to those people who voted for him, who expected independence, fairness and consideration for the well being of ordinary working people.

“Senator Hinch should come clean if he has traded his vote on this matter for any other issue.”