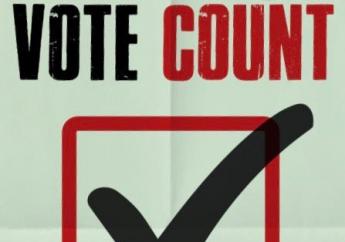 The ACT elections are coming up soon, with pre-polling beginning on the 28 September, and the election to be held on Saturday 17th of October. This years’ election will be an important opportunity for workers to cast their vote, make their voices heard and help shape the Government of the ACT.

For the CFMEU to be as effective politically as we are industrially, we need an ally in the ACT Parliament who will represent the interests of working people, and stand by our side as we continue to fight for better pay and entitlements, and safe, secure working conditions. We need politicians who aren’t afraid to stand up to corrupt corporations and dodgy bosses; who are on our side, not on the side of big business; and who will fight to ensure we all have access to safe and secure jobs, a good education and high-quality healthcare.

Over the last three years, the Barr Labor Government has continued to deliver outcomes for working people, including the introduction of the Secure Local Jobs Code legislation, delivering job-creating infrastructure projects such as stages 1 and 2 of the Canberra Light Rail, and implementing tougher laws for property developers and builders that protect workers and improve safety. Labor also worked closely with our Union during the bushfire crisis to implement tougher restrictions surrounding working in smoke, helping the CFMEU to ensure the health and safety of workers was not compromised during this period.

More recently, the Labor Government’s leadership during the COVID-19 health crisis has helped make the ACT one of the first places in the country to flatten the curve and slow the spread of the virus. Labor has also continued supporting workers’ as restrictions have eased, bringing forward several shovel ready projects and investing in infrastructure spending to support jobs for workers and keep the economy on track.

This election, the Australian Labor Party has put forward a field of top candidates, who are committed to delivering real outcomes for workers and their families here in the ACT, and who stand by the Union movement in their fight for fairness. The CFMEU is proud to once again be supporting the campaigns of Member for Yerrabi, Michael Pettersson MLA, and Member for Murrumbidgee, Bec Cody MLA, who have both proven to be fierce advocates for workers’ rights since their election in 2016.

Michael Pettersson is a former Industrial Officer of our Branch, and since being elected, has been at the forefront of the political fight to secure legislative changes that support working Canberrans. Michael was instrumental in calling on the ACT Government to adopt a Secure Local Jobs Code, and spoke in favour of the code at the ALP Conference whilst a candidate. As an MLA, Michael spearheaded the Inquiry into Insecure Work in the ACT, championed the construction of the Light Rail stages, and was a part of the building quality inquiry that cracked down on dodgy operators in the industry.

Bec Cody has been an advocate for workers' rights her whole life, and since her election as the Member for Murrumbidgee in 2016, she has continued that fight in the Legislative Assembly. One of Bec’s most significant achievements was the development and the passing into law of the Human Rights (Workers’ Rights) Amendment Bill, that formally enshrined workers’ rights in the Human Rights Act. Bec's Bill makes the ACT the first jurisdiction in Australia to recognise the right to work, the right to safe working conditions, and the right to Union representation as Human Rights, representing a significant advancement for the Australian Union Movement.

This year, the CFMEU is also supporting the campaigns of Labor candidates and staunch unionists Maddy Northam and Tom Fischer.

Maddy Northam, who will be running in the seat of Kurrajong, is currently the Regional Secretary of the Community and Public Sector Union and the President of UnionsACT, the peak union body here in Canberra. Maddy puts workers and their safety at the forefront of her work, and is running for the Legislative Assembly to help make Canberra the safest place to work in the country. Maddy has spent her working life fighting for workers in Canberra’s public sector, and is ready to stand up in the ACT Parliament and make sure workers voices from across the ACT are heard loud and clear.

Tom Fischer, who will be running alongside Michael in the seat of Yerrabi, has spent several years representing working people as an Organiser at the CPSU, and most recently as the Industrial Lawyer for the CFMEU ACT Branch. Tom has spent his working life fighting for the rights of workers, both as an organiser and a lawyer. Now, Tom wants to take that fight into politics, and help to ensure that workers have a strong unionist as their voice in the Legislative Assembly that will always stand up against those that exploit workers.

All four candidates addressed CFMEU Delegates at our February Delegate and HSR Meeting earlier this year, and received the unanimous support of all delegates and officials at this meeting.

If you want to get involved and help campaign to elect these Unionists to the ACT Legislative Assembly, contact CFMEU Assistant Secretary Zachary Smith on 6267 1599.