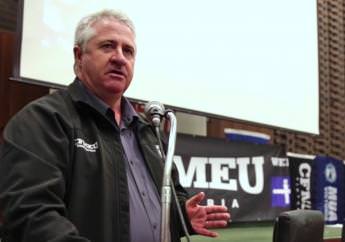 A decision handed down in the Federal Court today found that the Royal Commission taskforce conducted themselves “unreasonably” in the raids carried out at the Queensland Branch of the CFMEU.

The Federal Police failed to fulfil their legal obligation to allow the CFMEU to make claims of legal professional privilege over any of the digital information seized in the raid. The court rightly identified this inexplicable departure from process as unreasonable conduct by the AFP.

In the judgment, Justice Reeves stated: “I do not consider the AFP provided a reasonable or adequate opportunity to the CFMEU to make whatever LPP claims it wished to over information in the data it had seized.”

CFMEU National Construction Secretary Dave Noonan said that the taskforce’s failure to take account of the union’s claims of privilege was further evidence of the extraordinary disregard for the law and proper process demonstrated by the AFP in pursuit of the political agenda of the Royal Commission.

“This is just one more example of the overreach that characterised the Heydon Royal Commission.

“People should be alarmed at the failure rate that the Royal Commission and AFP are experiencing in these ill-advised cases and raids brought against us – it is not only vindication for the CFMEU, but a stark demonstration of police resources being wasted”.

This development follows the dismissal and dropping of charges against CFMEU officials in seven other matters pursued by the Royal Commission taskforce, and the finding that the AFP raids on the Canberra offices of the CFMEU were “unlawful”.

“Just yesterday, the magistrate in one of these failed cases brought against the CFMEU by the TURC taskforce called the prosecution’s case “a dog’s breakfast.

“You’ve got to wonder how these cases, with no chance of success even get off the starting line. They’re either very bad at their jobs, or their objective is the arrest and headline - not the success of the case.” Mr Noonan said.

A further hearing, to address privilege claims and process has been set for the 4th of August. The CFMEU’s injunction was upheld in the meantime.